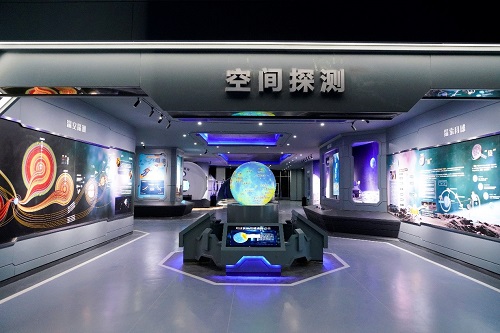 The Guiyang Science and Technology Museum -- in Guiyang city, capital of Southwest China's Guizhou province -- launched China's first exhibition hall with the theme of aerospace on April 24, according to local officials.

The exhibition was built by the China Center for Aerospace Science and Technology International Communications and covers an area of 4,000 square meters.

It showcases aerospace science and technology knowledge -- including carrier rockets, satellites, manned spaceflight and space exploration -- as well as looks at developments in China's aerospace industry.

The exhibition hall also showcases aerospace development and its contributions in Guizhou through visual materials.

In the future, the exhibition is expected to become a science popularization and education base, to inspire teenagers' awareness of scientific and technological innovation.