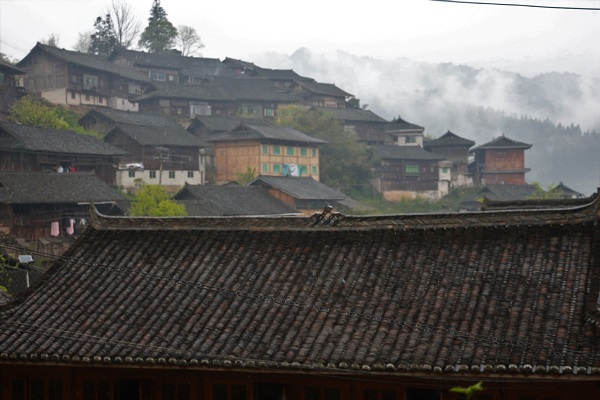 The making of a silver hairpin involves melting, forging, carving and brushing, and takes at least three hours. But the thriving tourism in Li Dongjun's village has made it worth his while.

Most of the villagers from a total of 176 households belong to the Miao ethnic group. The Miao people maintain the tradition of wearing silver jewelry both in their daily lives and on formal occasions.

In the village, over 70 percent of the locals have mastered the Miao silver jewelry-making technique, which has a history of over 600 years.

However, due to a lack of transportation, young villagers have to make a living with their techniques in other places and only come home once a year for the lunar new year, leaving the elderly and the young behind.

The couple used to run a shop in the neighboring city of Kaili. In 2007, they went back home because Li's father was seriously ill.