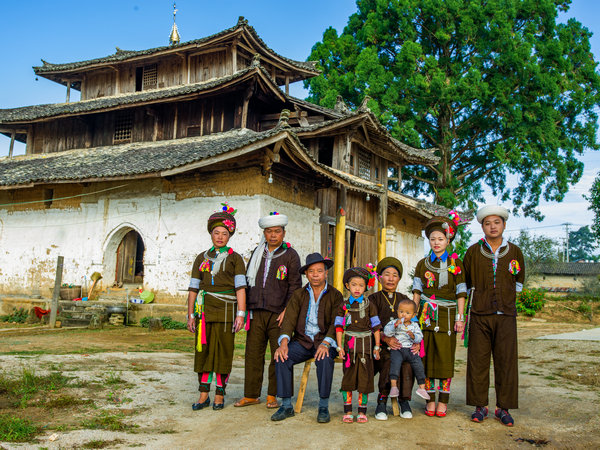 "Family is what we Chinese value most. It was believed that having four generations living under the same roof is a signal of the prosperity and happiness of a family. To live together may not always be possible now, but I can frame them together," says Chen.

The biggest family photo, in terms of the number of people, was taken in Yunnan province, in which the father gathered eight daughters who live in different counties. Single families can sometimes reach up to 50 members.

Chen says in his photos, it's common to see that the elders usually wear traditional self-made clothes, while the younger generation opts to buy their costumes. Sometimes, the youngsters wear high-heels or sneakers because they can't find traditional shoes.

"I never force them to wear traditional costume if they don't have it. That's what happens," Chen says.