World's 10 highest bridges: Guizhou has half 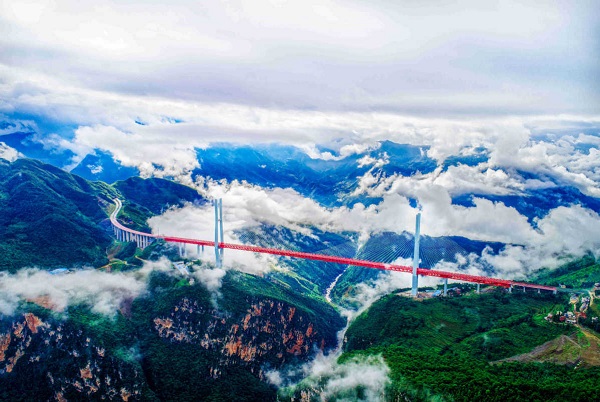 Guizhou province has more highway bridges than any other province in China — more than 21,000 altogether, with combined spans of 3,176 kilometers.

As the only province in China without plains, Guizhou has broken through its construction problems and created many world-class canyon bridges. It's a sort of bridge museum for the world.

Guizhou is home to more than 40 of the world's 100 highest bridges. Here are the five bridges in the province that rank among the top 10 highest in the world, according to HighestBridges.com.