Exhausted rescuers rest when they can in Guizhou 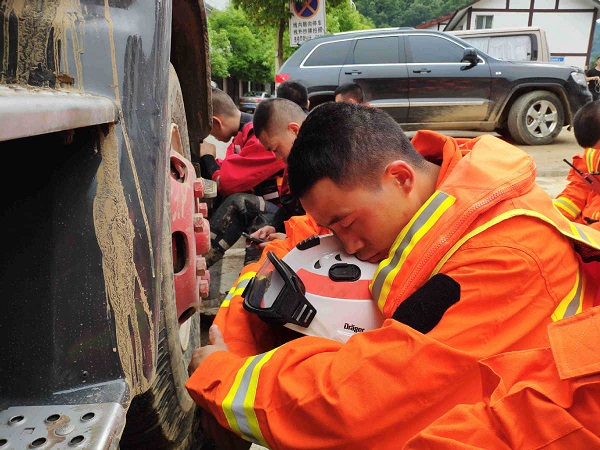 In Zunyi's Bifeng town in Guizhou province, a rescuer sleeps on his helmet. [Photo by Fire Rescue Detachment of Zunyi City/For chinadaily.com.cn]

After working 36 consecutive hours to help flood victims, rescuers were exhausted and some fell asleep on the roadside.

Relief and rescue teams were sent to the site immediately. Search work is still underway.

Che Weiwei contributed to this story.