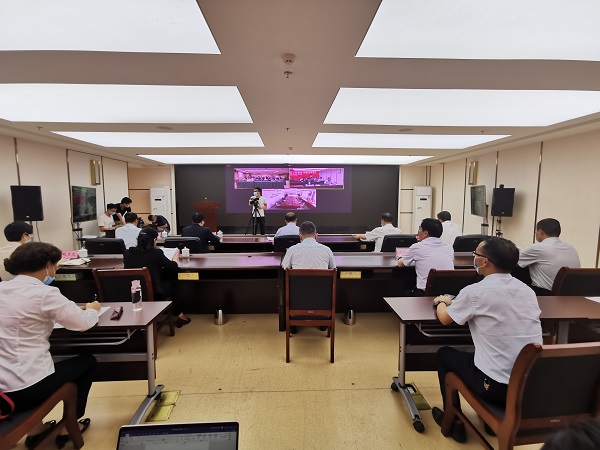 Guizhou and Macao discuss cooperation on poverty alleviation at a video conference. [Photo/ddcpc.cn]

Southwest China's Guizhou province held a video conference on working together on poverty alleviation with the Macao Special Administrative Region on June 23, according to local Guizhou officials.

During the conference, Guizhou's Congjiang county signed nine projects with Macao. These involved education, employment, lifting people out of poverty by increasing economic activity, as well as the pharmaceuticals industry and boosting living standards in rural areas.

Macao has provided assistance in poverty to Congjiang since 2018. It has helped Congjiang to improve educational facilities, to achieve a better standard of living, sell agricultural products and provide training.

People from all walks of life from Macao have actively provided assistance including donations to help Congjiang shake off its poverty – as well as to boost Guizhou's economic growth.

Guizhou officials said that with the support of Macao, 37,300 people in Congjiang were lifted out of poverty in 2019 and the poverty headcount ratio in Congjiang fell from 14.77 percent to 3.6 percent.

The conference stressed that the relationship between Guizhou and Macao had laid the foundation for future comprehensive cooperation.