A shot in the arm for city's trade businesses 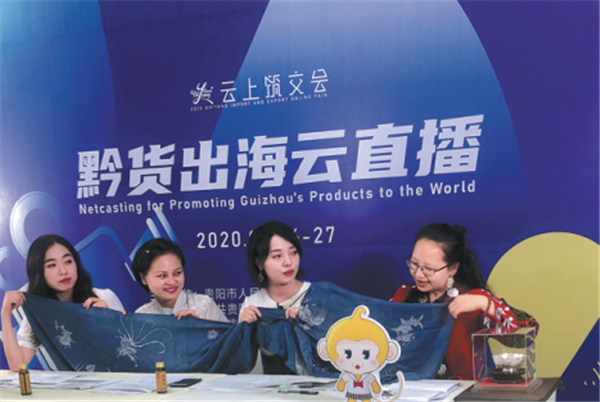 "We almost started from scratch with only six corporate clients at the beginning. Local companies had limited access to the foreign trade industry and doubted whether they would be able to do this business," said Zhao Zhouliang, general manager of the center. "But now, many enterprises reached out to us with the intent to conduct foreign trade."

With a large and powerful database, Zhao's team offers local businesses professional market analysis to expand their presence in the international market.

When encountering difficulties in foreign exchange settlement, logistics, and tax refunds, clients can also turn to the center for help.

Considering that the city faces a shortage of professionals in cross-border e-commerce, the center organized a total of 68 online and offline training sessions in 2019 for nearly 300 trainees.

During the past four years, the center has seen the number of its clients rise from six to 150. These enterprises completed cross-border e-commerce orders valued at $200 million last year.

Zhao said it was vital for the city's foreign trade growth to build a stronger talent pool and cultivate more enterprises engaged in cross-border e-commerce.

Zhao's words were echoed by the local government, which planned to team up with colleges and e-commerce companies to build a talent training base.

Guiyang is committed to improving its infrastructure construction, offering favorable policies and services to attract more businesses in the sector of foreign trade and high-end manufacturing, said Liu Lisha, director of the Guiyang bureau of commerce.

Thanks to these efforts, a great number of e-commerce enterprises have recognized Guiyang's promising market prospects and established branches to boost the local cross-border e-commerce industry, Zhao said.

Next, Zhao will step up collaboration with local governments to help to develop e-commerce operations for an array of leading industries in Guizhou, such as Guiyang's automobile fittings and Zunyi's tea and pepper.

"We will make an integrated package of local products and export them as a whole," he said.

The center is also set to send teams to India, Pakistan and Myanmar to promote Guizhou's trade cooperation with these countries.