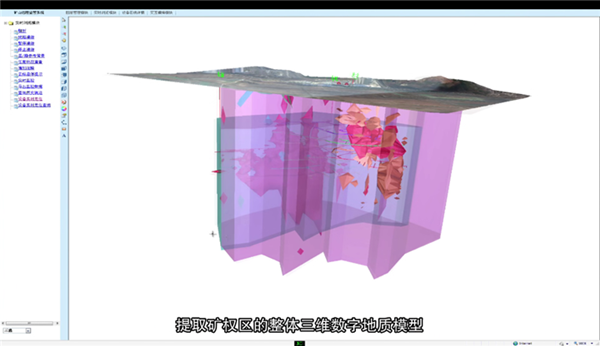 The system developed by the bureau and China University of Geosciences (Wuhan) can create a 3D virtual model of the Earth's crust stored on a computer network.

It can make the shallow crust of the Earth transparent to a depth of -2,500 meters over the entirety of Guizhou's 176,000-square-kilometer area. The system is capable of this incredible feat thanks to super-large-scale data, fine holographic 3D geological modeling and arbitrary vector shearing, mass data dynamic scheduling and 3D visualization display.

Since the 21st century, countries around the world have placed 3D geological mapping and 3D geological modeling at the core of their geological survey work, combined with deep Earth exploration to "see through" the internal geological structure of the crust.

China has carried out many exploratory studies. In 2006 and 2011, pilot projects of 3D urban geological mapping and 3D regional geological mapping were launched, respectively. Later in 2016, deep Earth exploration was promoted to a national strategy.

As a significant energy and resource province, Guizhou started the survey and evaluation of the province's 3D geological space in 2019 to realize the integrated development of geological surveys and big data in response to the national strategy.

Given that there is no precedent for constructing a provincial-level 3D visualization geological information platform in China, Guizhou's newly developed system is pioneering. It will greatly assist in geological, resource and environmental decision-making analysis.