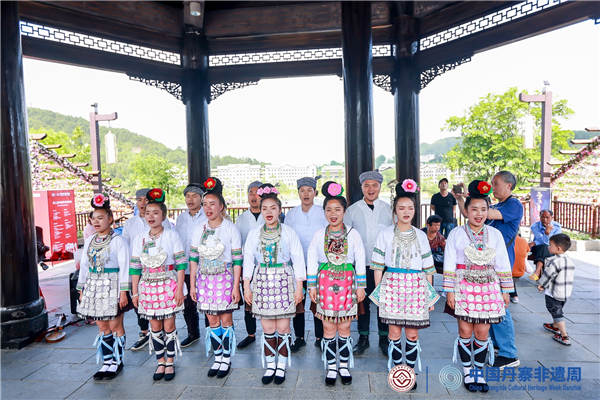 With the help of its rich intangible cultural heritage assets, Danzhai has emerged as a tourist attraction. In just four years Danzhai Wanda Town has received more than 20 million tourists and according to official figures by May 12 the number of visitors to Danzhai had risen by 3 percent year-on-year compared with 2019. [Photo provided to China Daily]

"It must be integrated into current life. One of the biggest problems is a lack of professional tourism planners in activating authentic intangible heritage tourism. In addition, the scale of such heritage projects is relatively small, and with low economic return we have yet to witness the scale effect."

Accurately positioning the development of intangible heritage and tourism for rural revitalization has been a major theme of the heritage week.

Lin Jifu, a professor at Minzu University of China in Beijing, said rural revitalization is a "comprehensive revitalization" centered on the wholeness and relevance of rural people's lives. As an excellent rural traditional culture, intangible cultural heritage has become an important part of this revitalization. It is necessary to realize the mutual integration of rural revitalization and the construction of cultural and ecological protection areas.