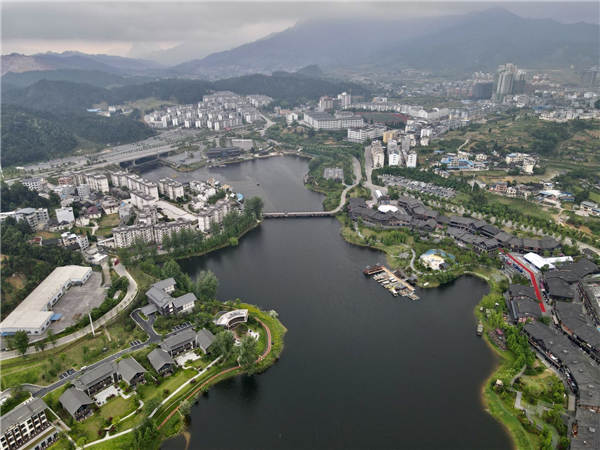 "The key for the connection is space empowerment," Lin said. "Danzhai belongs to the core area of the Qiandongnan National Cultural Ecological Protection Experimental Zone. Danzhai Wanda Town is a very important space for rural revitalization and poverty alleviation."

"Culture is a unique symbol of a nation, and cultural heritage is its long-term memory," said Luo Qiang, deputy secretary of the Qiandongnan Prefecture Party Committee of Guizhou province and governor of the prefecture. Six more projects in the prefecture have been included in the fifth batch of national intangible cultural heritage list this year. The number of such projects in the prefecture is expected to rise from 56 to 78 in a few years. There is vigorous support for inheritors, and all the heritage projects throughout the prefecture are living skills and cultures still employed by the masses in their current production and life, Luo said.

Lyu Pintian, a researcher, concurs in so far as revitalizing local art is concerned. The roots of Chinese culture lie in the countryside, and the integration of intangible cultural heritage and tourism should be practiced with rural revitalization through the construction of rural art, he said.

"The revitalization of handicrafts and the activation of folk customs are the fundamental paths to protect intangible cultural heritage and promote the integrated development of cultural and tourism."

Lan Jing, director of the Ethnic and Folk Literature Development Center of the Ministry of Culture and Tourism, in Danzhai for the first time, said he is deeply impressed by the small town. In his time in the town he has seen a lot of intangible cultural heritage products on the street with unique characteristics of the local Miao and Dong culture.