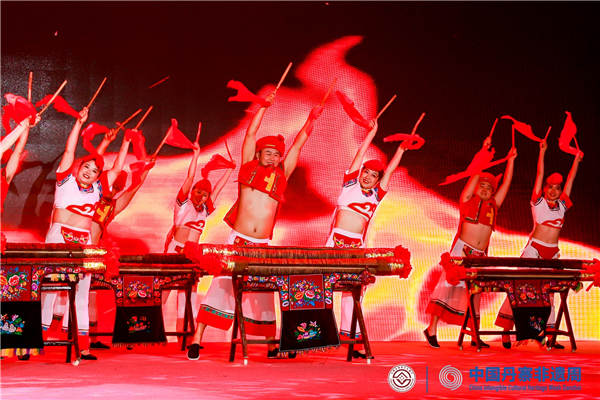 With the help of its rich intangible cultural heritage assets, Danzhai has emerged as a tourist attraction. In just four years Danzhai Wanda Town has received more than 20 million tourists and according to official figures by May 12 the number of visitors to Danzhai had risen by 3 percent year-on-year compared with 2019. [Photo provided to China Daily]

Among the 55 ethnic minorities in China, more than 30 ethnic groups have their own traditional medicines. Traditional Chinese medicine, including ethnic medicines, is an important representative of outstanding traditional culture and has a unique role in protecting China's intangible cultural heritage, said Wang Xiaofeng, president of the China Intangible Heritage Protection Association, at the first Ethnic Medical Intangible Cultural Heritage Forum in Danzhai on May 16. Exploring the protection and inheritance of traditional ethnic medicine has become a new highlight of China's heritage work.

Sun Da, deputy director of the State Administration of Traditional Chinese Medicine, said that to help build a healthy community it will continue to support ethnic minority medicines.