Rice noodles are one of the most popular breakfasts in Guiyang, capital of Southwest China's Guizhou province. They come in different shapes and are served with a variety of sides. They are especially suitable for breakfast on a cold winter morning. Let's take a look! 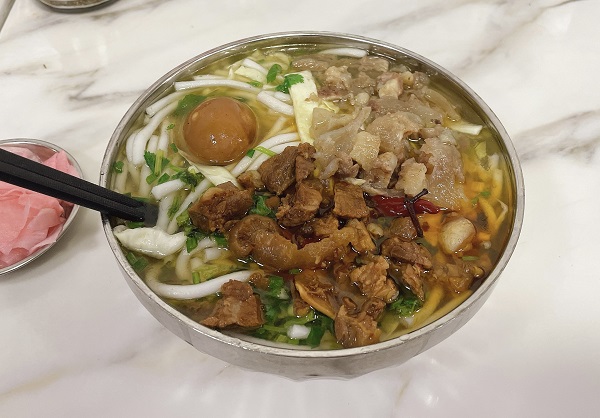 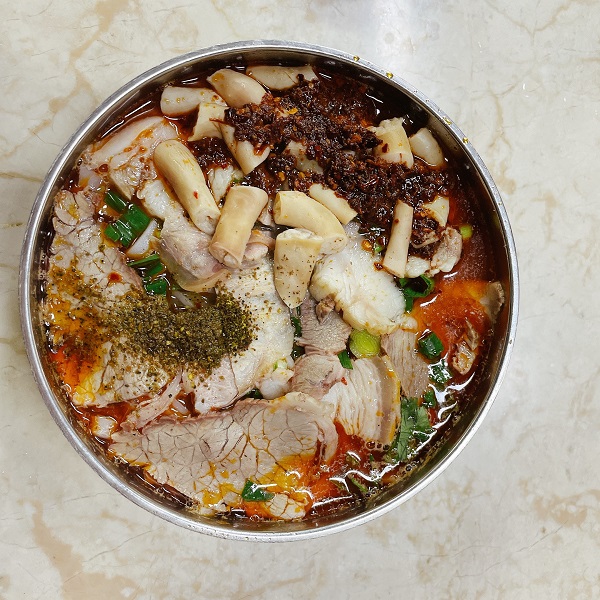 Various types of mutton rice noodles can be found in Guiyang. [Photo/ddcpc website]

The rice noodles are cooked in casseroles with spicy and sour soup, pig liver, sliced pork, quail eggs, cabbage and ham sausages. They are served with a dish of fried chili pepper sauce, baked chili pepper powder, and fried soybeans. 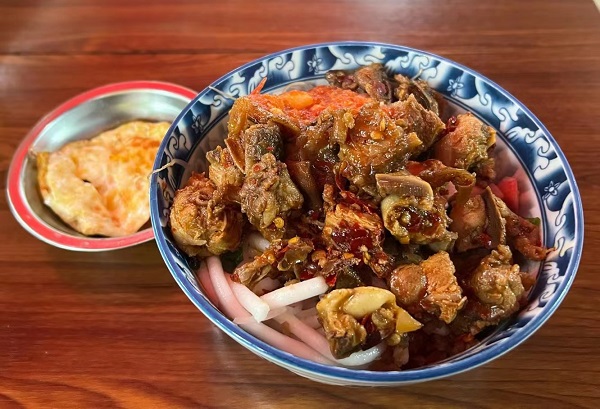 Different from those made in Sichuan and Chongqing, Guiyang's spicy chicken is cooked with mashed chili peppers, which makes the dish softer and moister, making it quite suitable to serve with Guiyang's famous sour rice noodles.

This kind of rice noodles is made of sour rice noodles covered with fat and thin minced pork, sliced green onions, crisp soybeans and peanuts, as well as a splash of fried chili pepper sauce.