The short, but important life of the Hunan revolutionary base 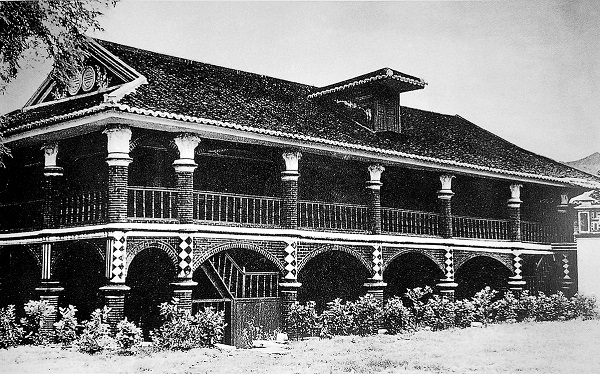 The site of the Zunyi Conference in Zunyi, Guizhou province. [Photo/China Daily]

Centered around Hunan's picturesque Zhangjiajie area, the Hunan-Hubei-Chongqing-Guizhou Revolutionary Base flourished briefly during the mid-1930s.

Nevertheless, it made its mark on the Communist Party of China's history as it was the last Red base south of the Yangtze River after the Central Red Army's Long March began in October 1934, and it successfully coordinated with the Long March while serving as one of the pillars of the Red Army.

In the early 1930s, CPC-led forces faced attacks by the Kuomintang, or the Chinese Nationalist Party, on multiple fronts.

The Hunan-Western Hubei Revolutionary Base－which straddles the border of the two provinces and was first set up by He Long (1896-1969), later one of 10 PLA marshals－came under heavy attack in 1934. As a result of faulty military strategy and radical attempts to purge internal enemies, the number of soldiers decreased sharply and the base was unable to defend itself. The Third Red Army, which was in charge of the base, fought its way out in May 1934 and began to create a Red base in eastern Guizhou. By September that year, the Eastern Guizhou base comprised 67 village-level Soviet governments.

Around the same time, the Sixth Red Army Corps from the Hunan-Jiangxi Junction Revolutionary Base, headed by political and military leader Ren Bishi (1904-50), managed to escape KMT encirclement in August and marched west.

The two armies joined forces in Yinjiang, Guizhou on Oct 24, and the Third Red Army renewed its former designation as the Second Red Army Corps. Together, they could count on about 8,000 soldiers.

However, the Eastern Guizhou base did not have a large enough population to support its long-term development. Following discussions, Ren and He began to set up a new base in Longshan, Hunan.

To alleviate the pressure on the Central Red Army, which had just started the Long March and was under heavy attack, the corps launched the Western Hunan Offensive in November, despite being outnumbered.

They captured several counties, and by mid-December they were marching toward Changde, a key city in western Hunan. The KMT hastily relocated four divisions that had been busy preventing the Central Red Army from crossing the Xiangjiang River. Having achieved their strategic goal, the Red corps returned to their base.

Meanwhile, an area-wide CPC committee, a military area command and a provisional Soviet government were all proclaimed in the area centered around Dayong county (present-day Zhangjiajie city). As Chongqing did not become a municipality until 1997, the base was historically known as the Hunan-Hubei-Sichuan-Guizhou Base and was part of CPC-led guerrilla zones in today's rural Chongqing, which was governed by Sichuan province at the time.

The CPC launched land redistribution campaigns, and training sessions were organized to conduct the campaign. The family members of those who joined the Red Army were given preferential policies. By mid-January 1935, the Soviet area had a population of about 500,000, and the two corps had about 10,000 soldiers.

The KMT launched massive encirclement campaigns in 1935. During months of resistance, the two corps zigzagged around the area and attempted to fend off enemies on various occasions.

Meanwhile, as the Central Red Army－led by Mao Zedong (1893-1976), who gained command after the Zunyi Conference in January 1935－reached safety in sparsely populated western Sichuan, the Second and Sixth corps' mission came to an end. In November 1935, it was agreed after a meeting that continued attempts to hold the base were of little use and the two corps began their own Long March on Nov 19.

Passing through Hunan, Guizhou, Yunnan and the former Xikang provinces, they joined forces with the Fourth Front Red Army, which had split off with the Central Red Army after an internal conflict, in July 1936. The two corps were reorganized as the core force of the Second Front Red Army.

They marched northward together and in late October, the Second Front Red Army arrived in Jiangtaipu in today's Ningxia Hui autonomous region, where they joined forces with the Central Red Army, or the First Front Red Army, completing their Long March.