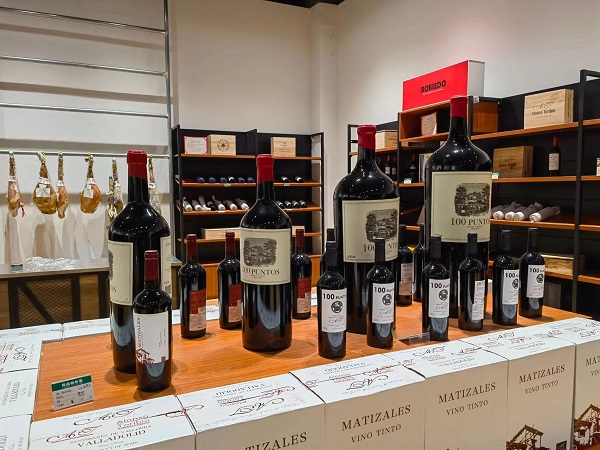 As Southwest China's Guizhou province continues to improve the business environment for cross-border e-commerce, its goods are increasingly being exported overseas through e-commerce and expanding international market.

Cross-border e-commerce is widely said to have played a positive role in promoting the diversification of Guizhou's economy and boosting the province's economic development.

Guiyang and Zunyi – two cities selected as national comprehensive pilot zones for cross-border e-commerce in Guizhou – are successfully solving problems being faced in the development of foreign trade. They are doing so through innovation, promoting foreign trade integration and boosting the development of the open economy in other areas.

At the Western Import and Export Commodity Exhibition and Trading Center in Guiyang, the development of cross-border e-commerce not only serves the transformation and upgrading of the open economy, but also provides more choice for consumers.

During the first half of the year, the value of Guiyang's trade in cross-border e-commerce was $400 million, soaring 614 percent year-on-year.

Meanwhile, the city is bolstering its marketing to companies of its platforms, supply chains and services. Since the start of the year, it has attracted four major projects with a total investment of 50 million yuan ($7.22 million).

Elsewhere, the prefecture-level city of Zunyi in Guizhou province has established four national foreign trade bases for Chinese baijiu, guitar, tea and consumer electronics. It's also been approved as the only technical trade measure evaluation base for Chinese baijiu and green tea.

To further identify Guizhou goods that are suitable for the cross-border trade and create a cooperation platform for supply and demand customers, a goods selection center for overseas trade was opened in Guiyang last year.

The center is expected to help more Guizhou goods be exported to overseas warehouses, improve the overall quality of the city's goods and provide popular products – responding the needs of international consumers.

Guizhou's government departments support the development of cross-border e-commerce in the province, while academia is also playing its part. Currently, the region is home to 30 vocational colleges with e-commerce majors and 16 universities with e-commerce and business English majors.

Guiyang customs has given the green light for companies to set up cross-border warehouses in the United States, Poland, Myanmar and Kenya – as well as a warehouse in Hong Kong – and provided convenience for cross-border e-commerce companies in customs clearances.