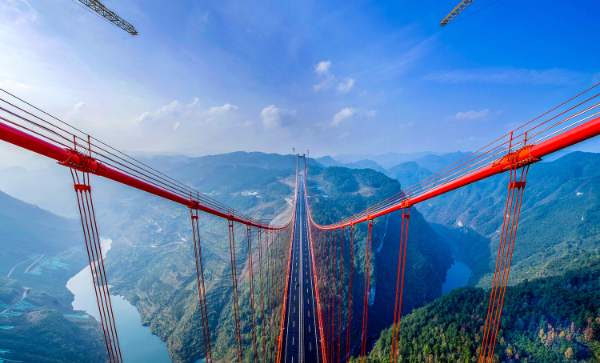 As China's only province with no plains, Guizhou has 92.5 percent of its area covered with mountains and hills, making transportation the biggest problem facing economic development.

Over the past 10 years, Guizhou's total length of expressways has exceeded 8,000 kilometers, all villages have been connected with roads, Guiyang has become a national high-speed railway hub, all cities and prefectures have been covered by flight routes, and water transportation has resumed on the Wujiang River.

Guizhou is also promoting the application of information services in the production, processing, sale, and source tracing of agricultural products to boost rural development.

So far, Guizhou has launched more than 100 agricultural modernization projects to support the consolidation of poverty alleviation and rural vitalization.

The continued optimization of network capacity has improved the services of Guizhou's information infrastructure. Guizhou's mobile communication network has upgraded from 3G to 5G, and the Guiyang-Guian national internet direct connection point and Guiyang-Guian international dedicated data channel have been opened.