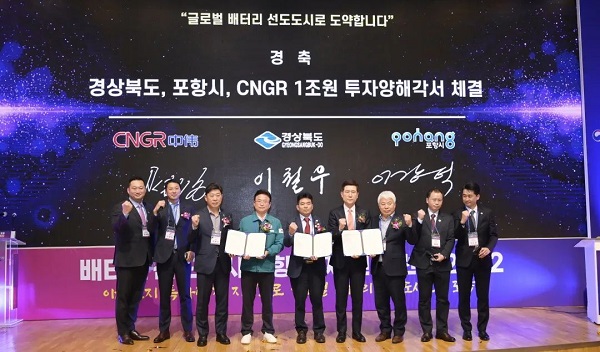 Representatives of CNGR and Pohang City sign a cooperation agreement at an international conference held in the city. [Photo/ddcpc website]

At the 2022 "take a leap forward as a leading city for batteries" international conference held in Pohang City, South Korea on Nov 24, CNGR Advanced Materials Co, based in Southwest China's Guizhou province, signed an investment agreement with the Pohang government.

The conference aims to explore the future of the secondary battery industry, and become a platform for technology exchanges and discussion between global companies.

According to the agreement, CNGR will establish a battery material factory at Yongil Bay Industrial Park, which will receive support from multiple government departments in Pohang City and North Gyeongsang Province.

At the conference, Deng Weiming, president of CNGR Advanced Materials Co, stated that it was his honor to reach a cooperation agreement with Pohang and have exchanges with his South Korean counterparts involved in battery industry.

Deng believes that China and South Korea have close economic and trade cooperation relationships, especially in the battery industry. The development of the secondary battery industry in both countries is complementary and linked.

The signing of the investment agreement marks the start of CNGR's investment in South Korea, and will accelerate the internationalization of the company. It will also enhance the relationship between the company and the customers, as well as help both China and South Korea move forward in the field of new energy, Deng added.

In 2021, CNGR established three raw material manufacturing bases in Indonesia, and signed a cooperation agreement to invest in Finland. 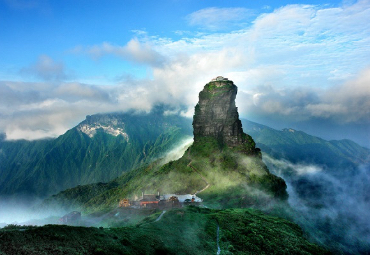