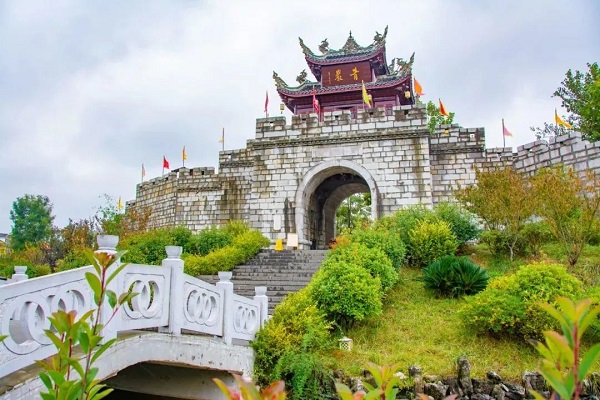 Qingyan Ancient Town in Guiyang is one of Guizhou's four famous ancient towns. It launched night tourism activities in 2020 to boost its night economy, and since then, the ancient town has attracted tourists from inside and outside the province.

The 1935 Street in Zunyi was built in 2015 and covers an area of 18,300 square meters. As a core area of Zunyi's National Long March Culture Park, the street fully demonstrates the city's lifestyle and culture appeal.

Zhenyuan Ancient Town in Qiandongnan Miao and Dong autonomous prefecture is China's famous historical and cultural town and a national 5A-level scenic spot. Since the second half of 2020, the town has focused on developing its night economy and improving facilities related to tourism.

Danzhai Wanda Village is located in Danzhai county, Qiandongnan Miao and Dong autonomous prefecture. It features intangible cultural heritage and ethnic culture. Since the beginning of this year, it has launched various activities to boost the night economy while preventing the spread of COVID-19.