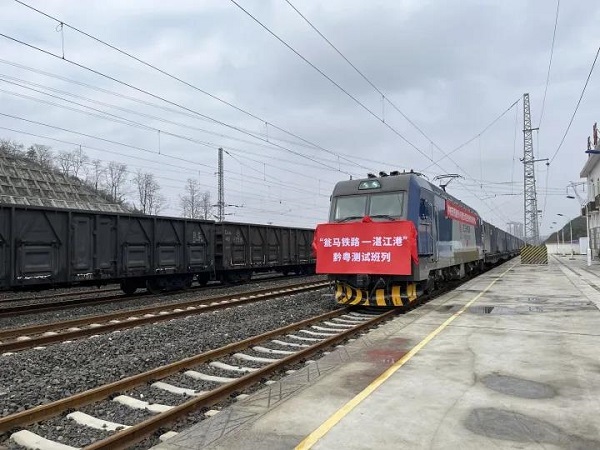 The test freight train will arrive at Zhanjiang port in South China's Guangdong province on Jan 13.

After arriving there, the goods will be sent to Laem Chabang port in Thailand by ship.

Guizhou Chanhen Chemical Corporation, the exporter of the monocalcium phosphate, mainly sends its products to Southeast Asia. The debut of the Guizhou-Guangdong freight train is projected to save the company about 2 million yuan ($314,356) in logistics cost per year.

The new freight service travels along Guizhou's Wen'an-Machangping Railway, which started operating in April last year and is 73 kilometers long. To date, the line has transported more than 1.9 million tons of goods and saved more than 10 million yuan in logistics costs for companies.

After the start of operations in 2025, the extension line is expected to reduce the transportation time from railway stations in West China to seaports in South China from three days to 24 hours.