(In alphabetical order of foreign countries)

Up to September 16, 2017, the People’s Republic of China and the following foreign countries have concluded agreements on mutual visa exemption below. Citizens of the People’s Republic of China who are holders of valid specified passports are usually exempted from visa requirements for a short visit to the following foreign countries. 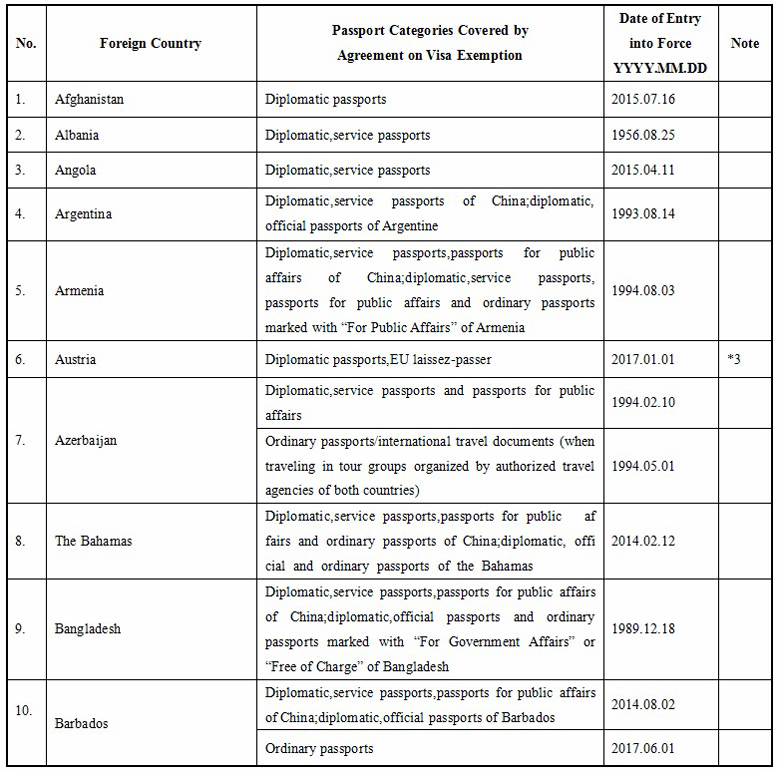 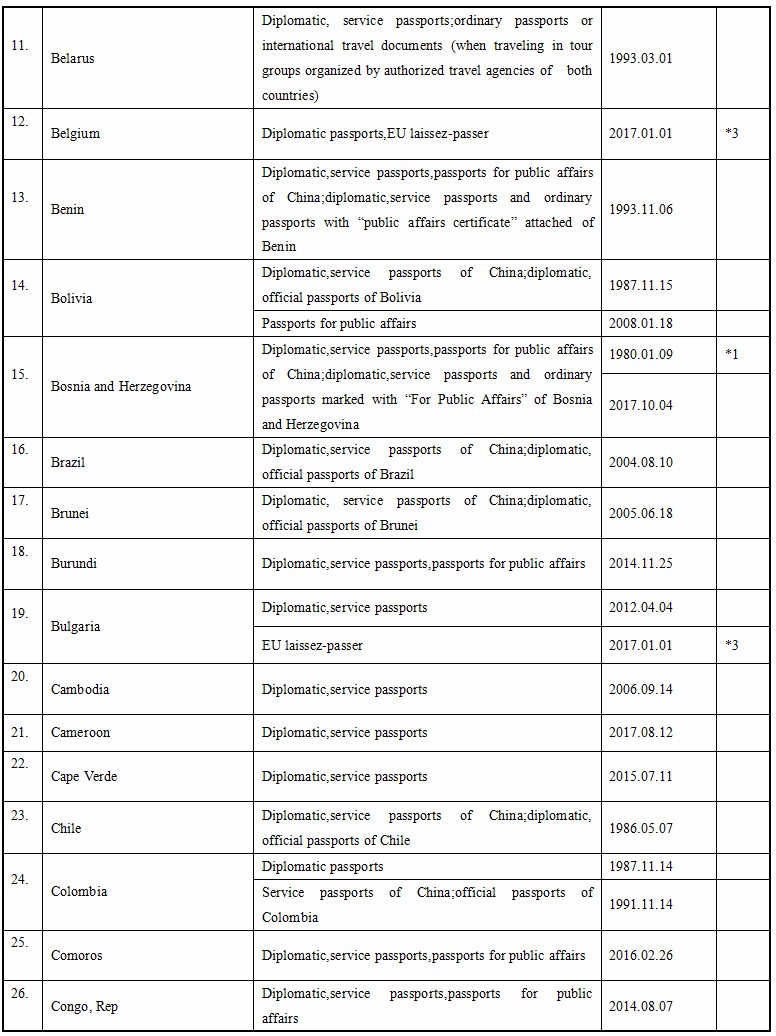 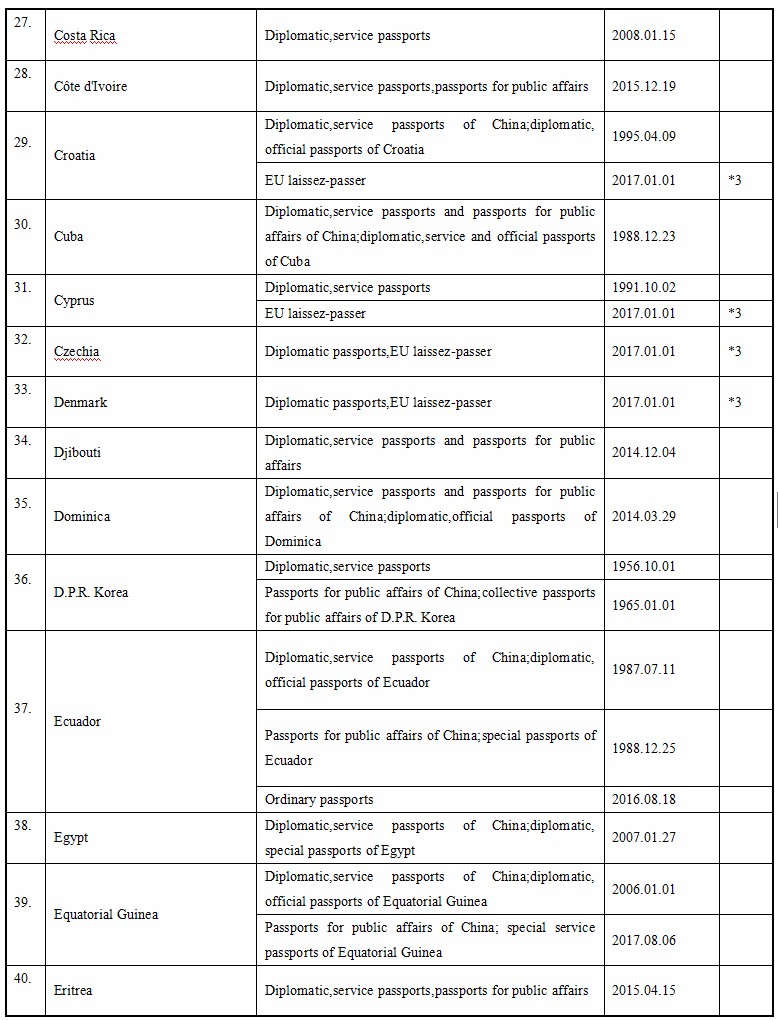 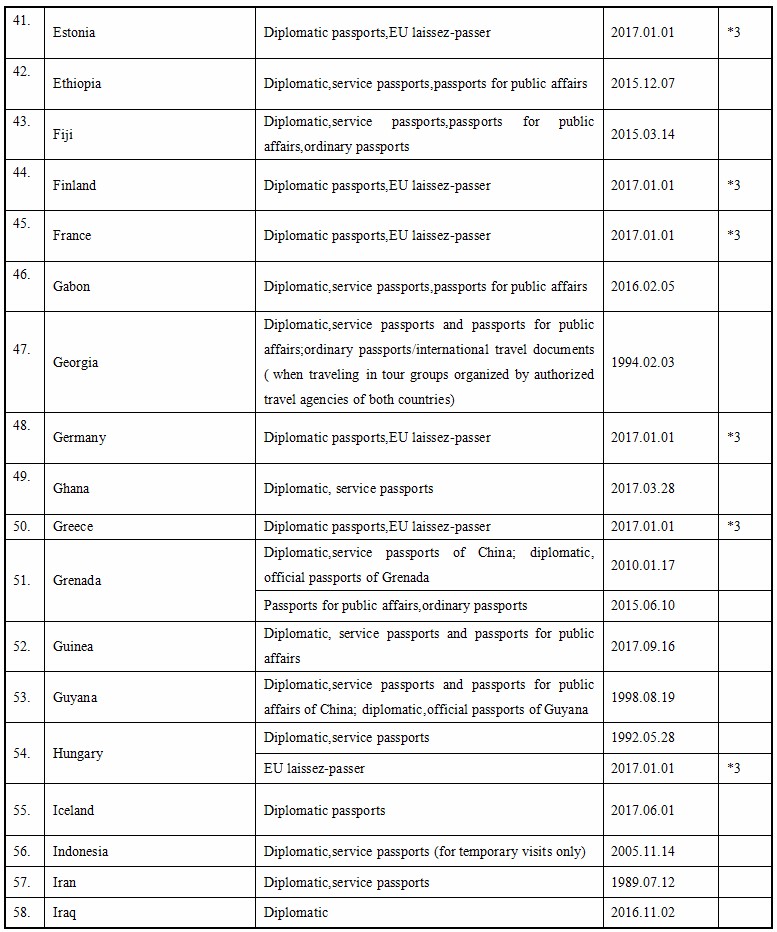 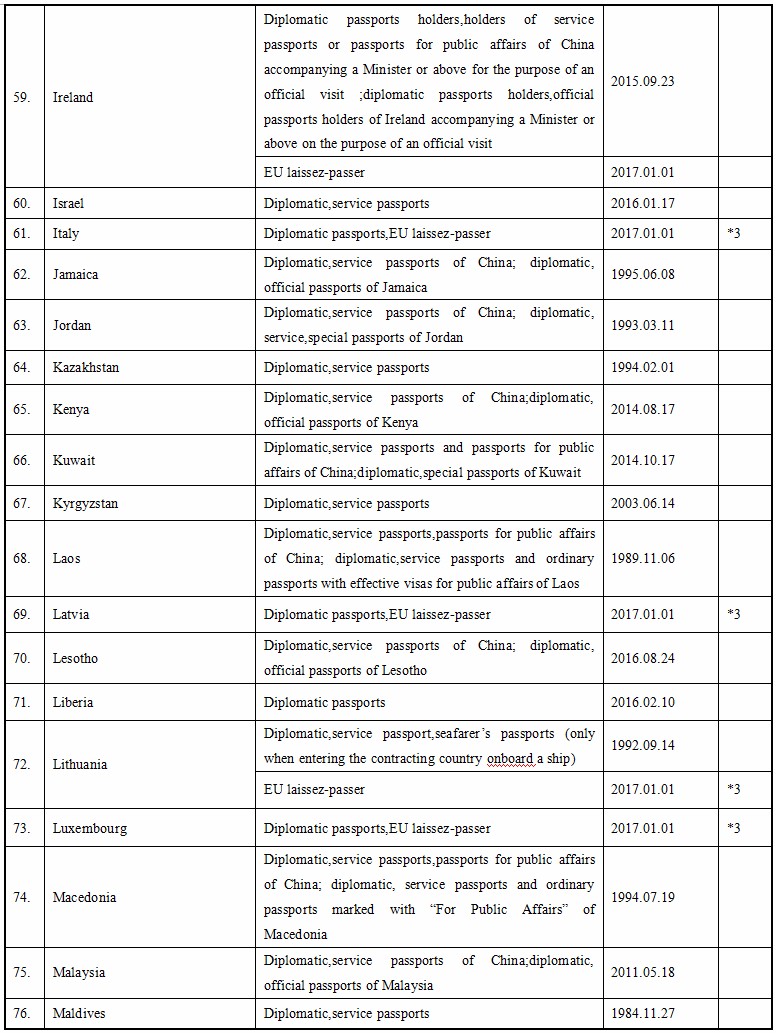 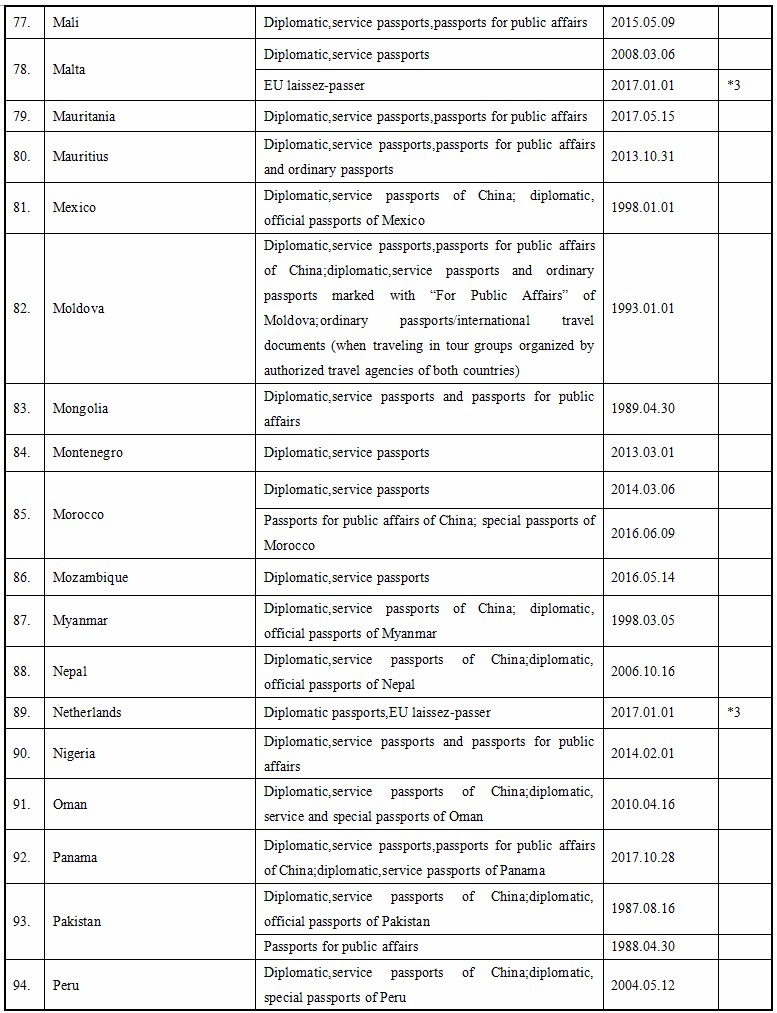 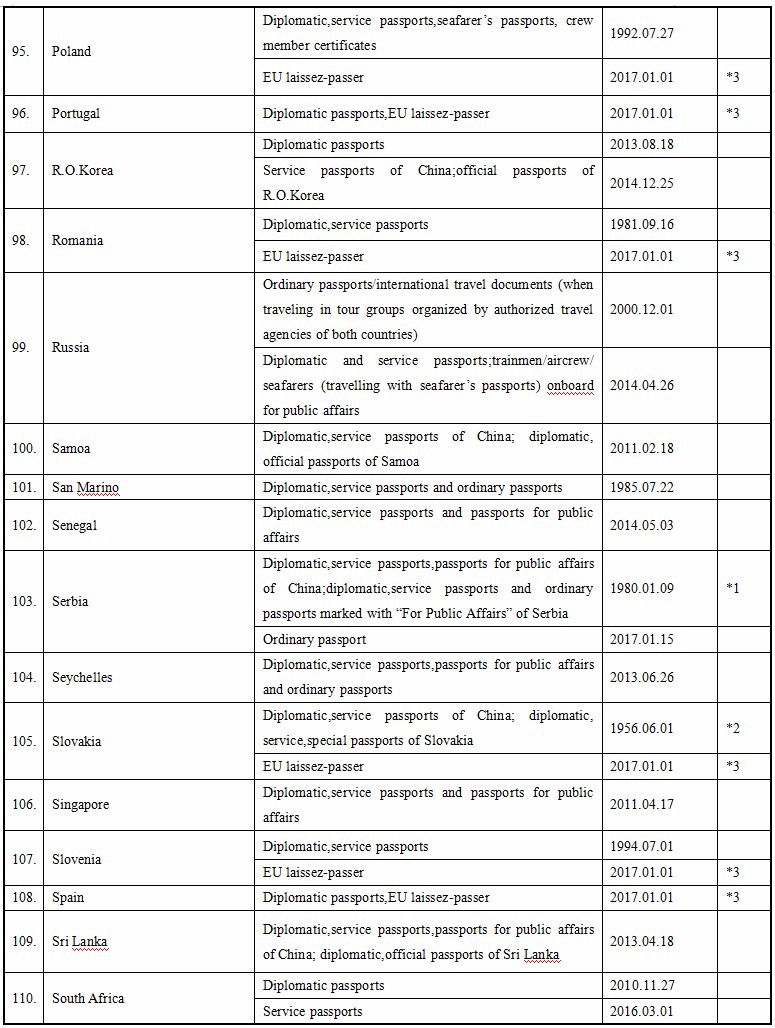 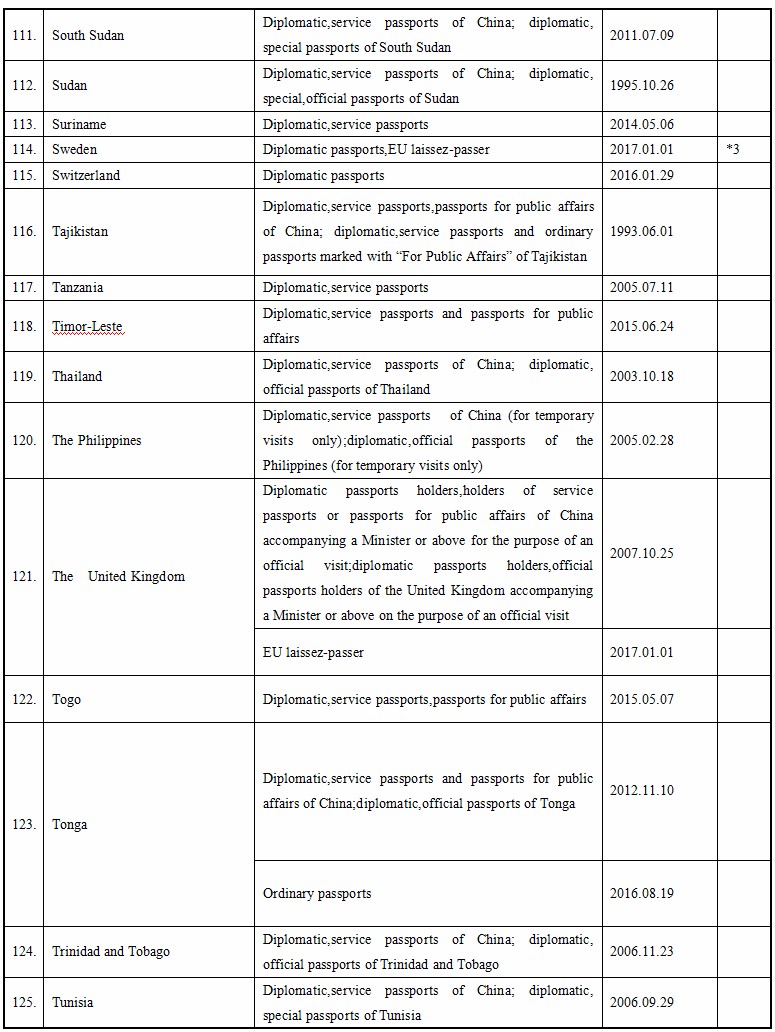 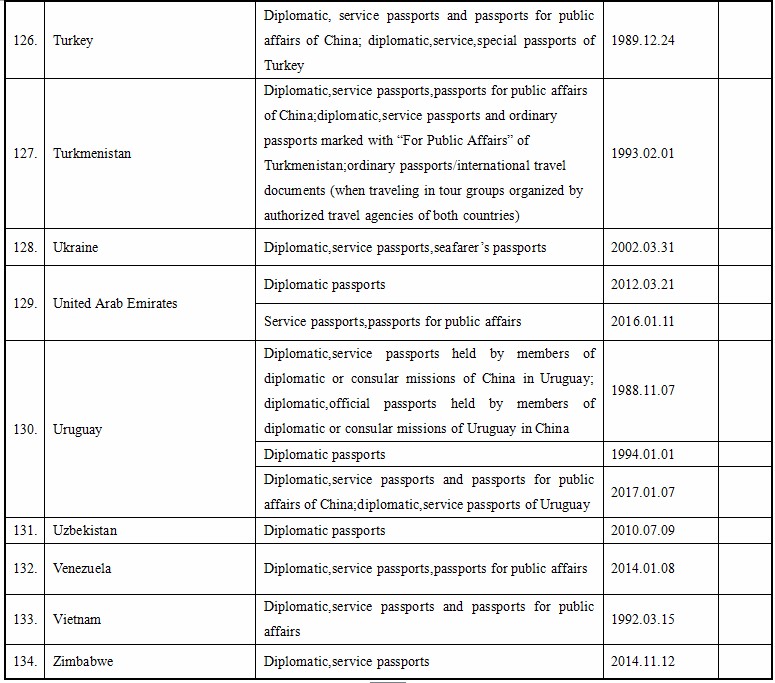 *1. The agreement signed between China and the former Yugoslavia is applicable.

*2. The agreement signed between China and the former Czechoslovakia is applicable.

*3. <AGREEMENT BETWEEN THE PEOPLE'S REPUBLIC OF CHINA AND THE EUROPEAN UNION ON THE SHORT-STAY VISA WAIVER FOR HOLDERS OF DIPLOMATIC PASSPORTS> is applicable.

Exemption of visa requirements does not mean permission to stay and reside in the other contracting country for an indefinite period of time. According to the agreements, holders of valid specified passports are permitted to stay for less than 30 days upon entry into the other contracting country. If a passport holder intends to stay for over 30 days, he or she should go through residence formalities with the local authorities according to relevant regulations as soon as possible.