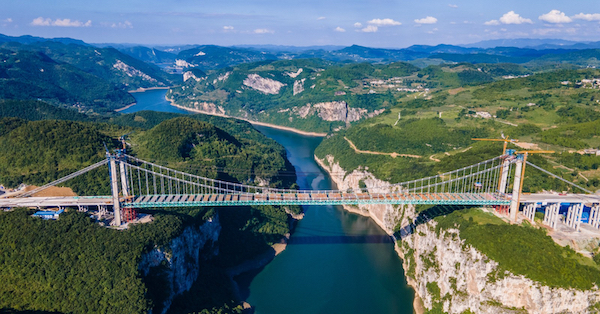 The major section of the Jinsha-Xifeng Wujiang River Bridge located in Guiyang, capital of Southwest China's Guizhou province, was completed on July 10. 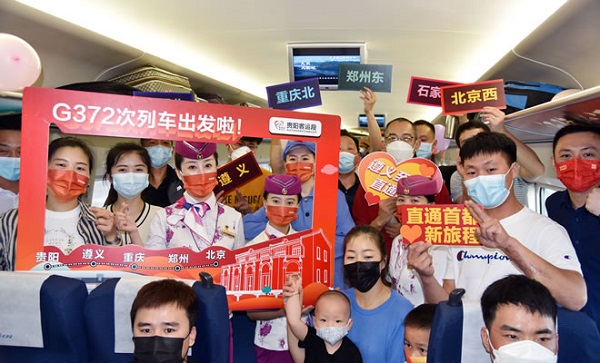 The G372 high-speed train departed from the Guiyang North Railway Station at 9:39 am on June 20 and arrived in Beijing at 9:34 pm on the same day, marking the first direct high-speed train between the two cities. 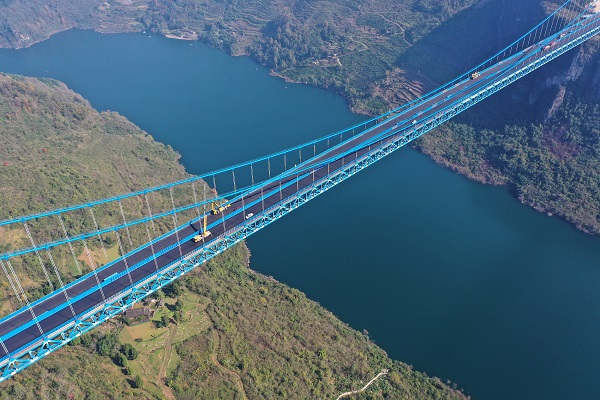 Weng'an-Kaiyang Expressway gets set to open in December

Construction of the main structure of the Kaizhouhu Bridge was officially completed on Nov 25. 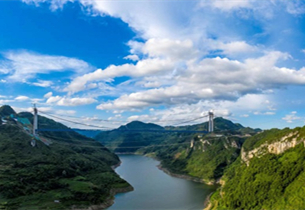 The two sides of the Kaizhouhu Bridge in Kaiyang county, Guiyang, Southwest China's Guizhou province, were conjoined on Aug 17.

The Duyun-Anshun Expressway, which is part of the national Duyun-Shangri-La Expressway, officially opened to traffic on June 28.