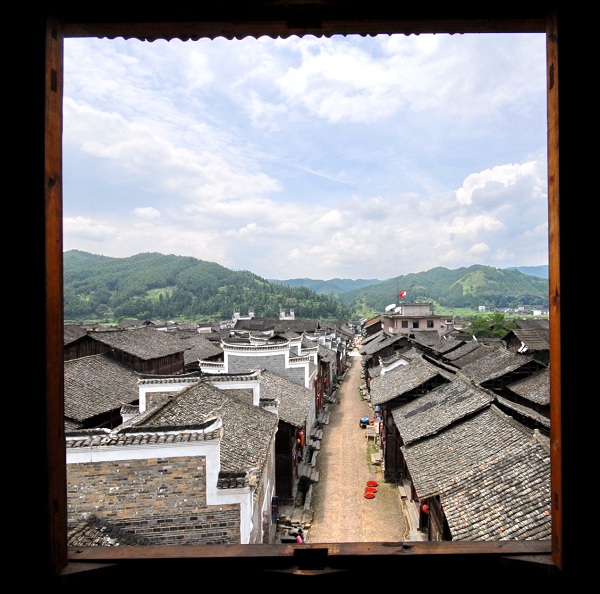 The city is one of the four ecological museums built through Sino-Norwegian cooperation in Guizhou province.

Longli ancient city was built in 1385 as an ancient military fortress. The city's current style and features slowly formed through years of renovations. The urban area now covers 48,174 square meters and is home to 760 households and 3,280 residents.

The city was designed for troop training, farming, fighting and defense.

The ancient city centered on a former government office in feudal China and included three main streets running east, west and south. The streets are crisscrossed by six alleys which divide the city into nine relatively independent residential zones.

The city's most distinct architecture are the house's sub-cellars. The houses were in the style of two-story firewall dwellings.

The most famous scenic spots include Dragon Tender Courtyard, Imperial Examination Champion Bridge, the mausoleum and the ancestral temple.

The ancient city is rich in history, architecture and art and has attracted the attention of many historians, architects, and cultural anthropologists from home and abroad.