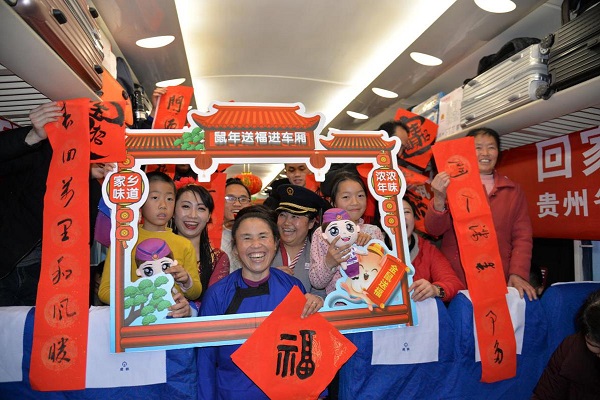 Migrant workers on the K111 train from Shanghai to Guiyang, Guizhou province on Jan 14. [Photo provided to chinadaily.com.cn]

Along with the festive environment on the train, activities such as cultural performance, health checkups and legal consulting were also offered.

The custom, proposed by the province's local Federation of Trade Unions, has been practiced for four years during the Spring Festival travel rush.

This year, the activities will be held through Jan 22 on eight high-speed trains and 13 normal trains arriving in Guizhou, officials said.

Zhao Yandi contributed to this story