Taking e-commerce to the countryside 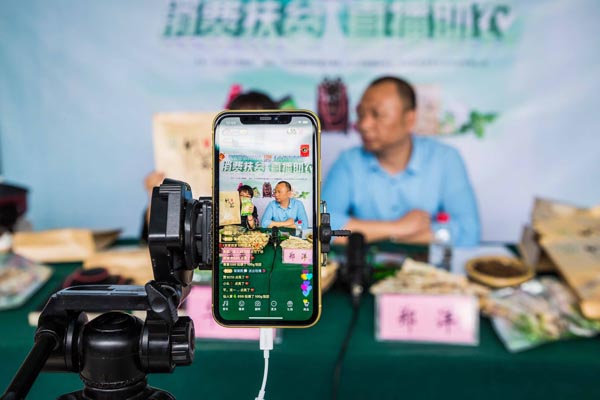 A deputy from Guizhou promotes livestreaming as a way to sell local agricultural products, report Chen Nan in Beijing and Yang Jun in Guiyang.

Hua Xi sat in front of a wooden table with teapots made of glass displayed in front of her. She spoke to her phone camera while holding a freshly brewed cup of tea, with hills of tea trees behind her.

Hua was livestreaming from a tea garden in Meituo village, Yinjiang county of Southwest China's Guizhou province, in early April. She sold over 130,000 yuan ($18,200) worth of products in two days following the hourlong livestream.

The village, which is located at an altitude of over 1,100 meters, is known for its 167 hectares of tea plantations. The remote village is home to 680 families who live in poverty.

Meituo had invited Hua to promote its tea nationwide.

"We not only sold tea products but also attracted business partners from around the country," Li Wenzhi, Party secretary of Meituo, says about the livestream.

Hua, a Guizhou native in her early 30s, has been helping local farmers sell products online such as bamboo shoots, sticky-rice liquor and cinnabar.

She also livestreams daily from 7:30 pm to midnight on major e-commerce sites such as Taobao and Kuaishou, which has brought business to many.

"Every day, we have about 800 to 1,200 orders online that sell over 200 types of local products around the country," says Hua. "It helps farmers to raise their incomes and promote entrepreneurship."

E-commerce is not new to Hua. After graduating from Zhongzhou University in Central China's Henan province in 2008 with a degree in tourism management, she moved to Wenzhou, East China's Zhejiang province, and launched her first online shop, selling honey.

By the end of 2010, along with her husband, a former classmate, she started working in the field of delivery and opened another online shop to sell clothes.

As the country's logistics industry grew, so did e-commerce. Hua worked from morning to night, only taking meal breaks. 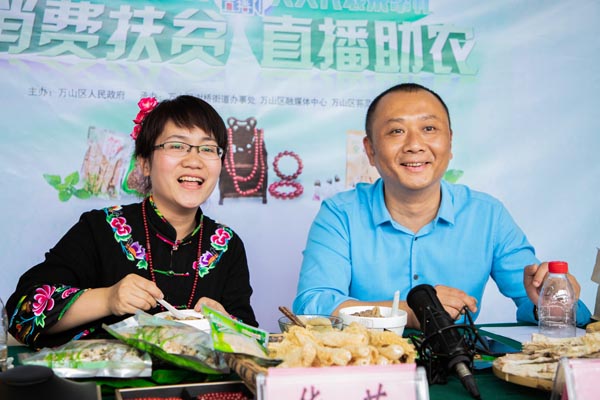 In 2014, Hua returned to her hometown in Tongren city in Guizhou to give birth to their first child. After reading news about a rural resident who had launched an online shop for local agricultural products, Hua decided to launch her own e-commerce business in 2015.

"When I left my hometown, I missed the local food but I didn't know where to buy it. I decided to give it a shot by selling local food to people outside my hometown and also help local people purchase products online," she adds.

In April 2015, she moved her business to Rural Taobao, an e-commerce project launched by Alibaba Group "to turn China's rural residents into online shoppers and sellers". Hua's sales exceeded 1 million yuan by the first half of 2017.

"We start by selecting the products and then introduce them to the consumers. We also take care of the packaging, transportation and branding," says Hua, adding that she also faces challenges since her hometown is in a remote area, where people know less about e-commerce.

Investments in hardware and logistics are also needed.

Selling products through livestreaming has become popular in China. Unlike celebrity hosts of livestreaming shows, who have large online followings, Hua and her team have a smaller but stable base, with each livestream attracting from 3,000 to 5,000 viewers.

"There is a big demand from cities for organic products, and Rural Taobao offers good prices. Online sales offer more opportunities to sell outside the hometown market," she says, adding that she is working on plans to promote Guizhou's rural tourism by selling tickets to local scenic spots.

During a tour of Zhashui county in Shaanxi province on April 20, President Xi Jinping met a group of merchants who were using livestreaming to sell mu'er, a black fungus. China Central Television showed Xi telling the group that "e-commerce is very important in promoting agricultural products and has a big role to play."

Hua says, "Xi's words gave us a lot of confidence."

Hua participated in the National People's Congress in Beijing as a deputy last year. 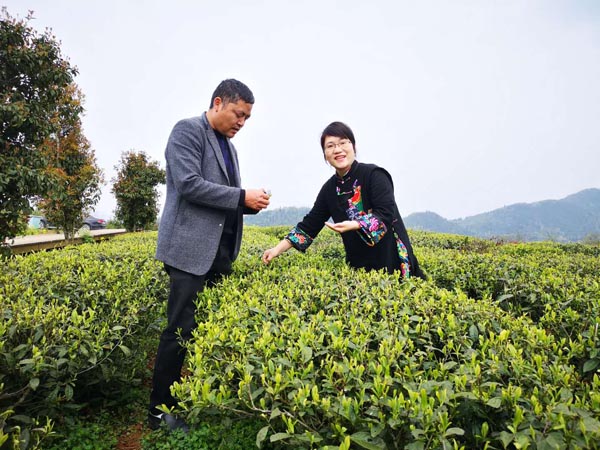 Hua is a member of the Dong ethnic group and wore traditional Dong attire at the meetings.

She made two proposals－launching training courses for rural entrepreneurs to learn about business and financial management, and formulating rules and regulations for the cinnabar industry.

Hua is presenting new proposals at this year's NPC. They are a pension project for rural China's elderly, the standardization of products sold online and the promotion of rural culture through livestreams hosted by well-known cultural-heritage practitioners.

"There is a great room to expand e-commerce in rural areas. What we care about is beyond profit. Behind the scenes of the shiny world of e-commerce, we want more people to learn about rural China. More people will return to their hometowns to make changes," Hua adds.