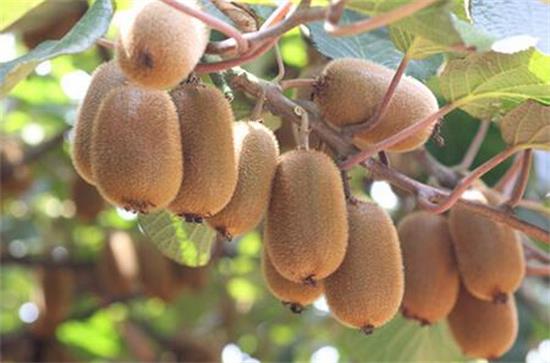 Xiuwen county is the third largest kiwifruit production area in China. It mainly grows "guichang" species. Compared to other species, Xiuwen kiwifruits are easy to recognize. Long and adorable, they are covered with thin and close hair. They belong to the late-mature species.

Normally about late September to mid-October they will be picked. Xiuwen kiwifruits are long and elegant, and a single fruit weighs 50-100 g. The maturing period has two stages: physiological maturing and late maturing. If physiologically the fruit is not fully mature, even if it's late mature, its flavor and taste will not be good. A Xiuwen kiwifruit can only be picked when its sugar degree reaches above 7. In this way the late-mature fruit sugar degree can reach above 15,so the fruit quality will be excellent and the taste will be good.