When it comes to chilis, Guizhou is king 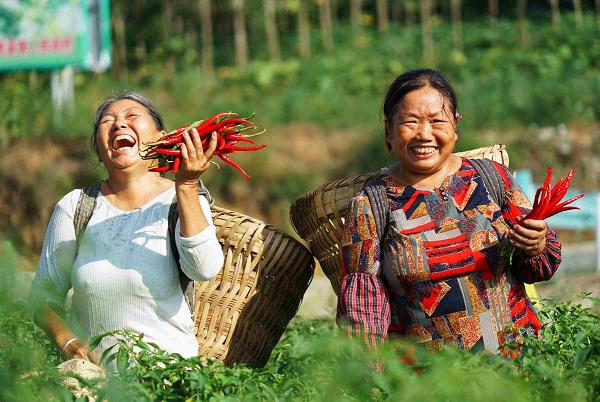 Chili farmers happily hold up their harvested chilies in Zunyi. [Photo by media center of Bozhou district/provided to chinadaily.com.cn]

If you're not yet wowed by China's chili trade, you will be.

Look no further than Zunyi, Guizhou province, where during the first half of this year Xiazi town, the country's premier distribution and trading center known as China Chili City, sold 100,000 metric tons valued at 2 billion yuan ($288 million).

Considering the chili industry as part of its poverty alleviation and structural adjustment in agriculture, Zunyi has made great efforts to build China Chili City into the largest chili distribution and trading center in the country.

According to local officials, China Chili City's annual trade volume is expected to reach 400,000 tons, with revenues of 8 billion yuan.