Ukiyoe exhibition kicks off in Guiyang 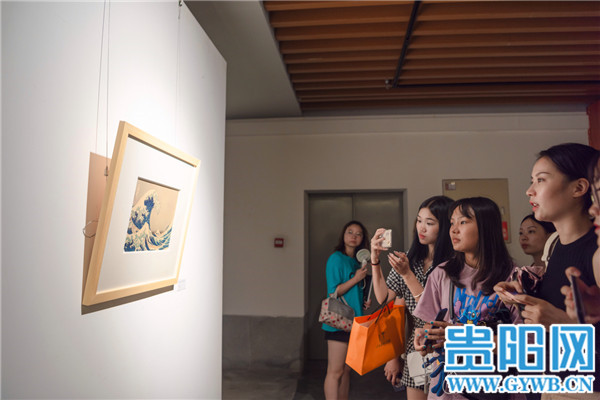 Visitors take a close look at a Ukiyoe work at the exhibition. [Photo/gywb.cn]

An exhibition featuring over 120 works of Ukiyoe, a form of Japanese woodblock print art, started on Aug 31 at Guiyang Confucius Academy in Southwest China's Guizhou province, and will last until Sept 15.

All the works in the exhibition are collections belonging to Beijing's 3Z Museum, including works created by representatives of Ukiyoe's different historical periods, such as Kitagawa Utamaro, Katsushika Hokusai and Utagawa Hiroshige.

According to Cao Deqiong, famous printmaker and also the organizer of the exhibition, it is the first time that Guizhou has held a Ukiyoe exhibition which has allowed visitors to have a close look at high-quality Ukiyoe works.

Compared with traditional Guizhou woodblock prints, which are usually in black and white, the colorful and concise Ukiyoe works can broaden the vision of art students from Guizhou universities.