Guizhou to get biggest vegetable logistics park in SW China 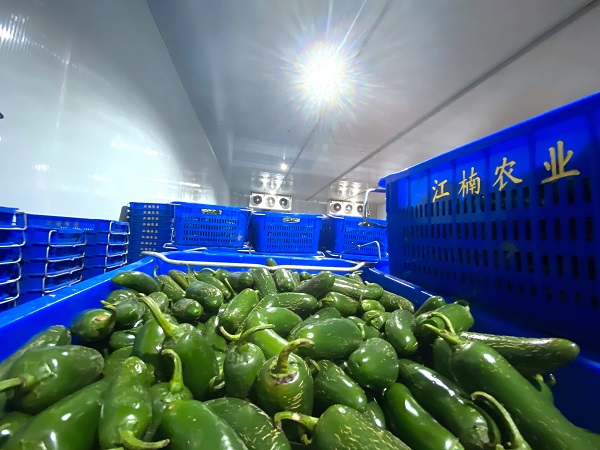 Weining county – administered by Bijie in Southwest China's Guizhou province – is finishing off the construction of a major logistics park to complete its vegetable production and marketing system, as well as speed up the transformation of local vegetable industry.

The logistics park has a planned area of 1,386 mu (92.4 hectares) and a total investment of 2.5 billion yuan ($369.32 million). The first stage of the park has already gone into use, but the second stage is currently under construction.

The first stage has 60 cold storage compartments, four trading houses covering an area of 8,000 square meters each, one foam box factory with a daily output of 25,000 boxes and one ice-making workshop, which can produce 120 metric tons of ice and 10,000 ice bottles per day.

To date, the park has signed up 30 companies, half of which have already settled there, including one from Shouguang in East China's Shandong province, which is a county-level city known for its vegetable planting.

The company was attracted by Weining's cool weather, high altitude and strong sunlight, and invested to plant 3,000 mu of vegetables and 50,000 mu of pumpkins.

When the second stage of the park is completed and put into operation, it will have 800-1,000 stalls for 600-800 business owners and drive the transactions in agricultural products from Weining and neighboring areas.

It is estimated that the park will have a maximum annual throughput of 4 million tons and an annual trade volume of 6 billion to 8 billion yuan, making it the largest of its kind in Southwest China.