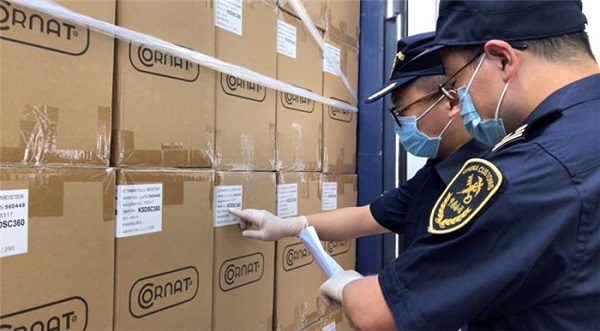 According to official statistics, by Sept 23 of this year, the province had exported commodities such as guitars, tea and toilet lids worth 39.76 million yuan ($5.82 million), and imported goods like timber and grease worth a total of 4.41 million yuan, via China-Europe freight trains.

To help the province take advance China-Europe freight train routes, customs authorities in Guiyang, the capital of Guizhou province, have optimized services, including cutting the time for customs clearance from the previous three or four hours to just seconds.

The super-fast customs clearance process results from Guiyang customs’ cooperation with its counterparts in cities where the freight trains depart from, such as Urumqi and Chongqing.

Now, it only takes four to five days for Guizhou’s export companies to go through customs formalities, and then they can export their goods to Europe via the freight trains.

Individualized surveillance plans and whole-procedure services are offered to different enterprises and products to help them clear custom smoothly.