In recent years, Guiyang, capital of Guizhou province, has strived to develop its real economy by focusing on industrial projects, advanced manufacturing and consumption to build an all-around well-off society, local officials said.

"During the 14th Five-Year Plan period (2021-25), Guiyang will concentrate on the development of the real economy, boost emerging industries and upgrade its traditional industries," said Chen Yan, mayor of Guiyang.

Since the implementation of the Thousand Enterprises Restructuring plan in 2016, the city has commissioned 530 projects for 491 enterprises, with a total investment of 192.6 billion yuan ($29.8 billion).

Manufacturing projects have added new momentum to the development of Guiyang's real economy.

At the beginning of the new year, Guizhou Geely Automobile Manufacturing started strong on its exports. Some 600 Geely Haoyue SUVs are being assembled, tested or loaded en route to the Philippines. 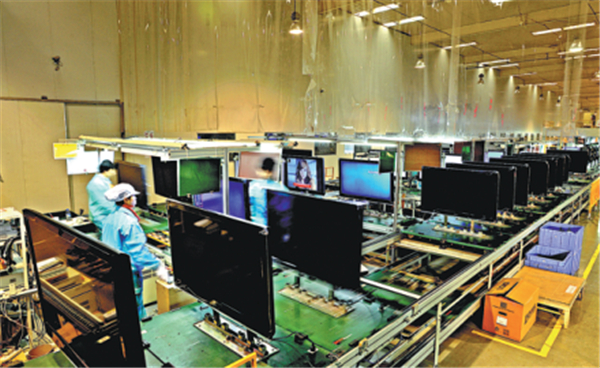 "While continuing to export to the Philippines, the company will also actively explore opportunities in the Middle East," said Gu Jiangang, deputy general manager of Guizhou Geely. "The company also strives to release the production capacity of the Guiyang base and promote the high-quality development of the base as well as the advanced equipment manufacturing industry in Guiyang."

Since Guizhou Geely launched in Guiyang, 90 percent of its body parts have been produced locally, which has helped Guiyang accelerate the creation of an automobile manufacturing industry cluster focused on "product education, industry chain and a chain cluster".

In the Zhazuo Phase III radial truck tire production plant of Guizhou Tyre, staff members are debugging the unmanned transport vehicle, which can transport people according to instructions given in its system.

More than 60 unmanned guided vehicles and 50 aerial transport vehicles have realized the full-order automatic logistics of production. The production plant, with an investment of some 2.12 billion yuan, has entered the stage of rapid production.

Wen said Guiyang Hisense has built surface mount assembly lines and integrated module production lines to speed up its industrial layout. The types of TVs produced by the company come in a range of sizes.

Wen believes current economic development has entered a stage of high-quality development, and consumers' demand for TV products has grown. "In this regard, companies must keep pace with the times and accurately understand the market," Wen said. "Guiyang Hisense must adapt to market changes by upgrading its products, increasing its high-quality production, and increasing effective supply."

Guiyang has also deepened the integration of big data and industries, with an increasing number of projects in big data, artificial intelligence, cloud services, industrial internet and internet of things.

At the beginning of 2020, the penetration rate of digital R&D design tools in industrial enterprises reached 67 percent.

As a leading enterprise in the advanced equipment manufacturing in Guizhou, Guizhou Jonyang Kinetics continues to use big data, AI and other emerging technologies to promote R&D on products and sales.

Large-scale equipment such as excavators and polar all-terrain vehicles produced by the company is widely used in emergency rescue, Antarctic scientific research and other fields. "Compared with general equipment, there are more factors to be considered and the equipment is more difficult to develop," said Tan Linquan, a Jonyang Kinetics deputy dean and senior research engineer. "Therefore, it is very important to use advanced technology to conduct R&D." 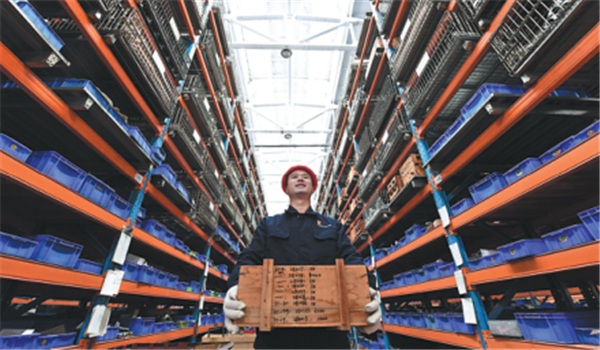 A staff member works at the warehouse of Guizhou Jonyang Kinetics, a domestic leader in hydraulic excavators. [Photo/China Daily]