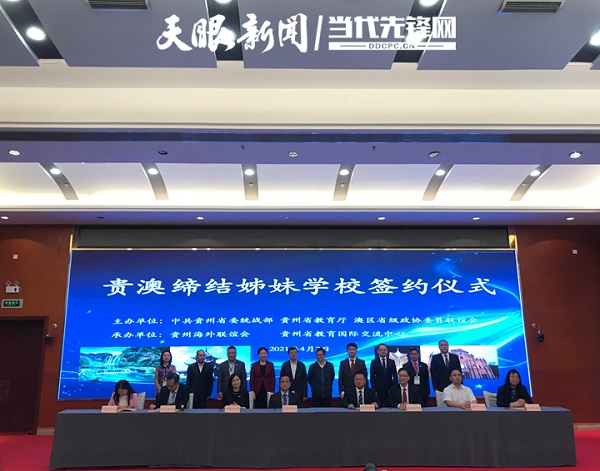 Guizhou launched a plan to encourage schools to cooperate with schools in Hong Kong, Macao and Taiwan in 2015 to enhance education exchanges and boost the opening-up of education.

So far, the province has held 10 such signing ceremonies and saw 58 pairs of schools become sister schools.

According to representatives of the Guizhou and Macao schools, they will carry out activities allowing teachers to co-prepare lessons, observe lessons and evaluate lessons, and allowing the schools to share teaching theories and methods.

Theatrical festivals, sports competitions and fellowship activities will also be held to boost the friendship between teachers and students from different schools.

After the signing ceremony, representatives of the Macao schools will visit their sister schools in Guizhou and discuss further cooperation.