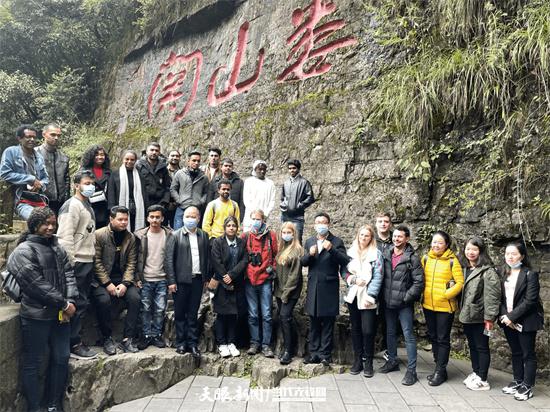 Southwest China's Guizhou province invited a delegation of 25 foreigners currently living in Guizhou to visit the city of Zunyi's historic sites related to the history of the Communist Party of China (CPC) on Oct 18-20.

Singh Mohan, an international student from India, was impressed by the history of the Zunyi Conference after visiting the site and the exhibition hall. The conference had great historical significance in the CPC's history, as it provided life-saving support to the CPC, the Red Army, and China's revolution at a critical juncture. 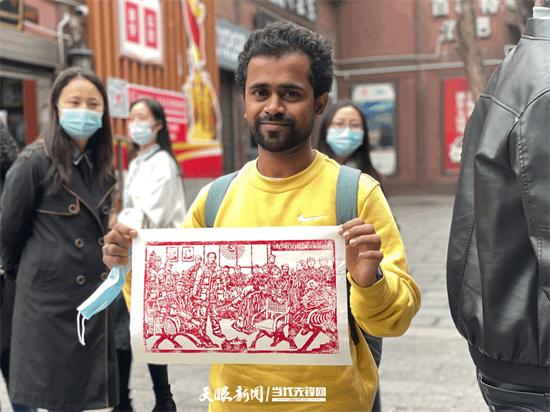 Singh Mohan shows off a paper-cutting work he got at Zunyi's Red Army Street. [Photo/ddcpc website]

Mohan said that since 1935 when the Zunyi Conference was held, China has achieved rapid development under the leadership of the CPC.

The delegation then visited the battle exhibition hall, battle monument, and old battle sites at Loushanguan Resort. The victory in the Loushanguan battle was the Red Army's first victory since the beginning of the Long March, and was a result of the Zunyi Conference.

A Russian student who is a postgraduate student studying at Guizhou University was struck by Loushanguan's beautiful scenery and rich history.

She learned from the visit that many great people in China had studied in the Soviet Union, and now many Russian students are studying in China, demonstrating the long-lasting friendship between China and Russia.