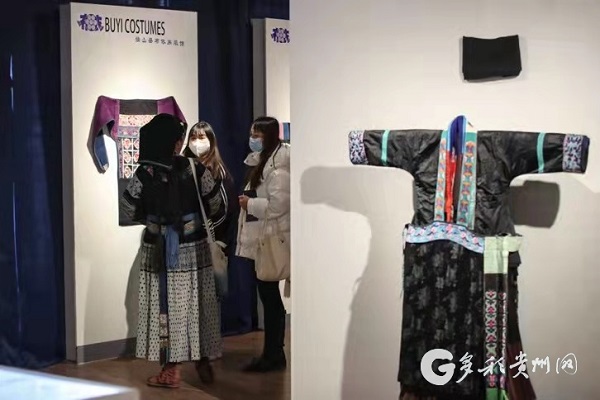 A seminar on the protection and inheritance of the traditional costumes of the Bouyei ethnic group was held in Guiyang, capital of Southwest China's Guizhou province, on Dec 20.

About 50 experts, academics and intangible cultural heritage inheritors – masters tasked with passing on handicrafts, dance, theater and other forms of expression – discussed protecting, inheriting and developing Bouyei costumes at the event.

Traditional Bouyei costumes have black, blue and white as the dominant tones, with patterns showcasing the Bouyei people's love for the natural environment.

As one of Guizhou's native ethnic groups, Bouyei people are widely distributed throughout the province and have a rich culture, as exemplified by their costumes. The making of Bouyei costumes involves various intricate traditional techniques and represents the Bouyei people's collective wisdom and creativity.

Plans are for Guizhou to help women with Bouyei costume-making skills in rural areas find nearby jobs, as well as to establish workshops to pass on the fabrication of Bouyei costumes and to help revitalize rural areas.