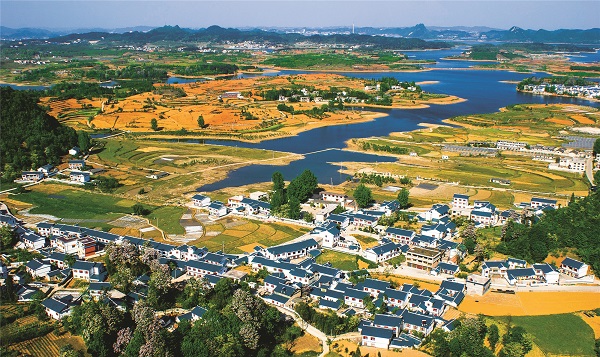 Guizhou adheres to the concept that "lucid waters and lush mountains are invaluable assets". [Photo/ddcpc website]

In the past 10 years, Guizhou afforested 50.97 million mu (3.4 million hectares) of forest, increased forest coverage rate from 47 percent to 62.12 percent, and returned 16.95 million mu of farmland to forest.

The province is now home to four UNESCO World Natural Heritage sites, more than any other province in China.

Through the protection of the natural ecosystem, Guizhou has established 314 natural protected areas, with the richness of biodiversity ranking among the highest in China.