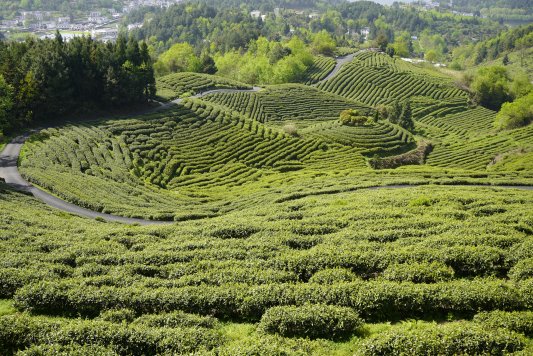 The expo will be held until June 17 online and offline, with its main venue in Meitan and sub-venues in eight cities and prefectures.

An online broadcasting room will sell tea products even after the expo ends.

At the opening ceremony, 18 contracts worth more than 2.16 billion yuan ($322.45 million) were signed, including 10 investment contracts and eight sales contracts.

The top 10 "Guizhou green tea" brands and winners of a tea leaf picking competition were awarded at the opening ceremony.

Guizhou's tea export volume and value increased by 93.75 percent and 124.14 percent year-on-year, respectively, in 2021, both ranking first in China.

Guizhou had 11 counties selected among China's top 100 counties for tea industry development, with Meitan county ranking first for two years in a row.