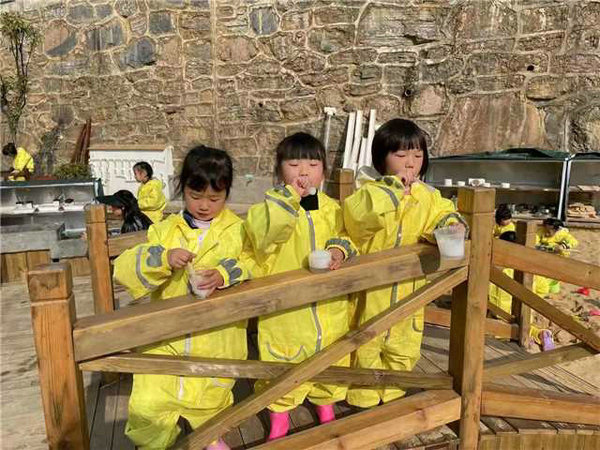 With an increasing number of kindergartens, children have a new world of opportunity. [Photo provided to China Daily]

Lu Mai, former vice-president of the China Development Research Foundation, says children in the less-developed rural areas should have equal access to preschool education, which is the first step for poverty alleviation and upward social mobility.

Behind Tongren's actions is the background that central authorities have placed greater importance on the development of preschool education over the past decade. The country's education spending accounted for 5.9 percent of GDP in 2020, up from 2.2 percent in 2011. In 2020, the government invested 253.2 billion yuan in preschool education, a five-fold increase in 2010, official data shows.

According to the Ministry of Education, China had 295,000 kindergartens last year, up from 128,000 in 2011. The number of kindergarten pupils grew from 13.8 million in the past decade to 48 million last year.

Among the new kindergartens, about 80 percent are in central and western regions, with around 60 percent in rural areas. According to the ministry, these areas are less developed than their eastern counterparts and in greater need of educational resources.

"The gap between rural and urban preschool education has been narrowed," Lyu Yugang, of the Ministry of Education's Department of Basic Education, said at a news conference in April. Further enhancing the quality of preschool education will be the future priority, he added.

Dong Xianwu contributed to this story.