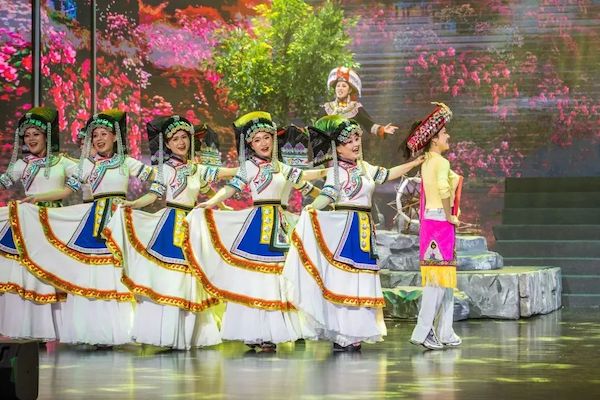 The Qunxing Award is the highest national social, cultural and artistic government award established by the Ministry of Culture and Tourism. It aims to promote the literary and artistic creations of the public and evaluate the regional levels of social and cultural development.

The award is given every three years to actors with no age or proficiency limit and covers performances in all fields. This year, 168 works entered the quarter-final of the music category of the Qunxing Award, with five winning an award.

Guizhou's music performance Shouwang Sama is based on the Sama dance of the Yi ethnic group. The performance tells the story of a college student who returns to her hometown of Bijie and starts her own business.

The performance took place under the guidance of the Bijie Bureau of Culture, Broadcast, TV and Tourism and the Bijie Culture Center. Bijie also invited Chinese and international experts to improve the music, costumes, stage properties and dance of the performance.

More than 30 performers rehearsed the performance for 10 months before going on stage.