A total of four Guizhou members of a 10-person Blue Sky Rescue team successfully finished assisting in the control of COVID-19 in Cambodia and returned to Guiyang on May 27.

The 12th Guizhou Tea Industry Expo kicked off in Zunyi, Southwest China's Guizhou province on May 28, attracting the participation of tea companies and tea dealers from across the country.

Guizhou's deputies to the 13th National People's Congress (NPC) and members of the Chinese People's Political Consultative Conference (CPPCC) National Committee have handed in their proposals at the annual Two Sessions, which are underway in Beijing. 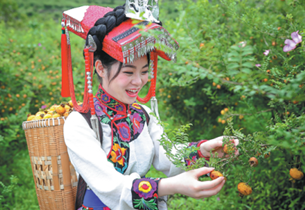