The 2019 Anshun Huangguoshu aviation flight carnival will be held from July 19 to 21 at Huangguoshu Airport in Anshun, Southwest China's Guizhou province.

The carnival will include an opening ceremony, a forum on the aviation industry, an aerobatic flight show, the National Helicopter Championship, and several exhibitions. 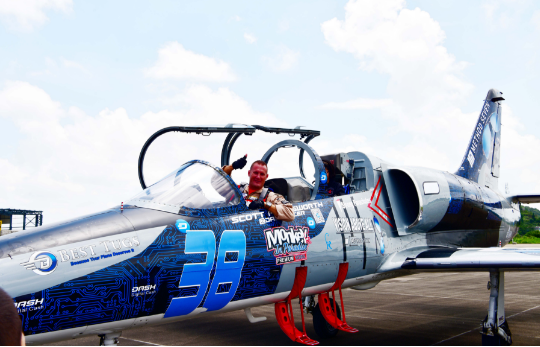 The last aerobatic plane for the Anshun Huangguoshu aviation flight carnival arrives at Huangguoshu Airport on July 17, which is an L-39C jet trainer known as "the king of training aircrafts in the Warsaw Treaty Organization." [Photo/xinhuanet.com]

To date, 12 aerobatic planes, as well as 11 pilots from six aerobatic flight groups have arrived in Anshun, where preparation work is currently under way.

In this carnival, 11 aerobatic planes will perform stunts with flame throwers, motorcycles, and pickup trucks, with some being the first performances of their kind in China, which will bring an exciting visual experience to attendees. 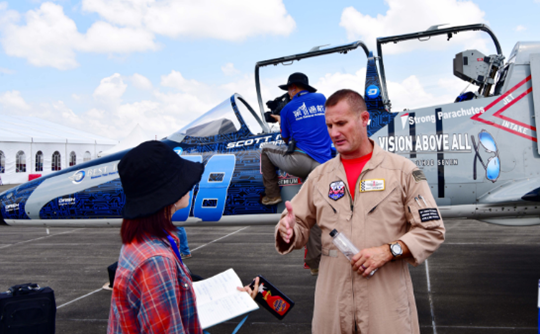 Scott, a 43-year-old American pilot, takes part in an interview after finishing a flight of two hours and 35 minutes. [Photo/xinhuanet.com]