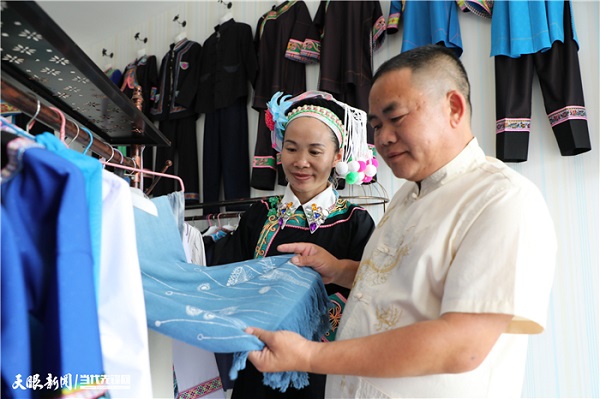 Wei Bo, deputy to the National People's Congress (NPC) and chairman of a tea tourism company from Pu'an county, Qianxinan Bouyei and Miao autonomous prefecture, in Southwest China's Guizhou province, has witnessed the transformation of Pu'an.

As one of the pillar industries increasing the income of villagers in Pu'an, the tea industry is a key part of the revitalization of this rural area. Wei has conducted research focusing on the development of the Pu'an tea industry, and sought development suggestions from experts.

To solve the problems of rural ecological improvement, and the protection of ancient villages with traditional cultures, Wei suggested at NPC that more capital should be invested in the efficient treatment of garbage and sewage in rural areas.

Wei aims to strive for more supporting policies and funds at this year's NPC meeting to promote the tea industry and transform the ethnic cultural industry, and help the locals increase their income.