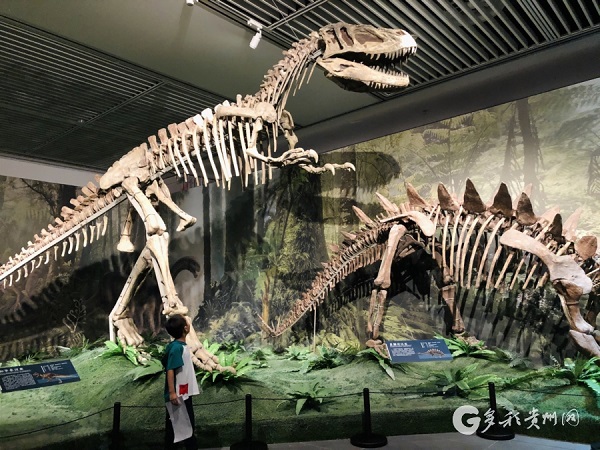 A dinosaur exhibition debuted at Guizhou Provincial Museum on Aug 28 and will last until Nov 28. The display is the first of its kind since the museum was established in 1958.

The exhibition is suitable for visitors of all ages and includes 68 dinosaur skeletons, dinosaur eggs, fossils and models.

Southwest China's Guizhou province is known as the "kingdom of ancient extinct lives" for its abundant fossils, especially the fossilized remains of Keichousaurus. During the exhibition, visitors can view Keichousaurus fossils and dinosaur skulls unearthed in Anshun, Guizhou.

In 1974, remains of the prehistoric fauna Lufengosaurus were discovered in Dafang county, Guizhou. Later, more fossils from the dinosaur species were found in Bijie city, Guiyang's Xifeng county, as well as Anshun's Pingba district and Bijie's Hezhang county.

A display on the dinosaur fossil excavation site in Pingba district, Anshun, in 1999. [Photo/gog.cn]

Statistics show that during one excavation in 1999, over 800 dinosaur fossils were discovered in Guizhou. Giant fossils of Mamenchisaurus fauna from the Late Jurassic epoch were found in Liupanshui city, while dinosaur footprints from the Jurassic and Cretaceous periods were found in several places in Guizhou, further proving the province was once a paradise for dinosaurs.

The exhibition is open Tuesday to Sunday from 9 am to 5 pm. In addition to dinosaur fossils and replicas, visitors can also see fossils from marine reptiles from the Triassic period. 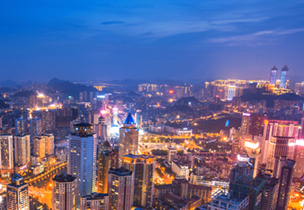 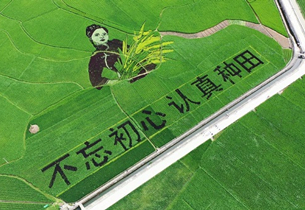