Wu Pinxian has been given the title of the inheritor of the Grand Song of the Dong ethnic group, a national intangible cultural heritage. 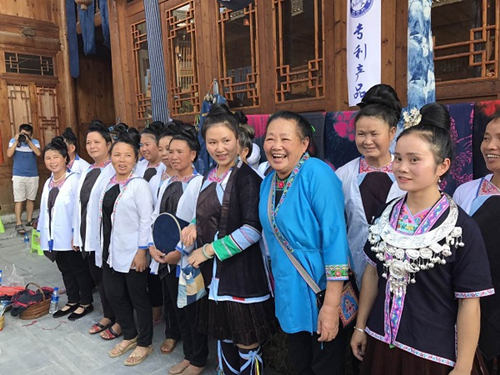 She was born in 1945 and started to learn the grand songs at the age of six. She was said to be the most diligent of students, and regarded as the best for her good voice and natural talent.

At 13-years-old, Wu was selected into the Beijing National Song and Dance Troupe, and met Chairman Mao when giving a performance in Beijing.

She said that the grand songs have rich and interesting content, enticing people to feel connected to a unified family. Making friends with songs and conveying emotions through them are the cultural cores of the grand songs.

With its lack of musical accompaniment and beats, learning the grand songs requires strong feelings, harmony, and rhythm, as well as an ability of comprehension. During her lessons, Wu Pinxian clearly explains the stories behind the songs lessons, teaching students the folk songs, as well as the truth and joy of life.

She often says that singing the grand songs is a good way to bring peace to people and help them get them rid of worries from the outside world. 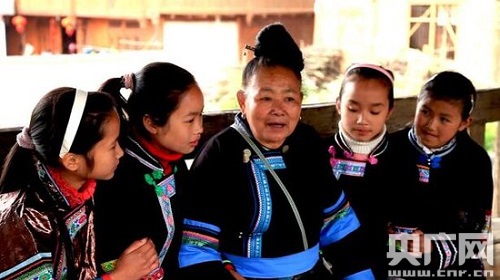 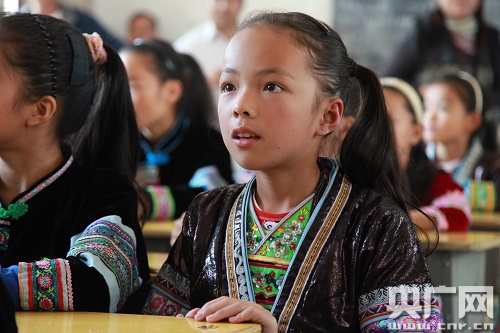 A student learns the Grand Song of the Dong minority. [Photo/cnr.cn]